The Port of Corpus Christi is becoming a major hub for U.S. oil and natural gas exports. The proposed expansion would give larger carriers the ability to enter and exit the port, allowing for increased crude oil and liquefied natural gas (LNG) exports to allies around the world. This would help lower the trade deficit, bring greater economic benefits to the region and strengthen America’s position as a global energy leader. 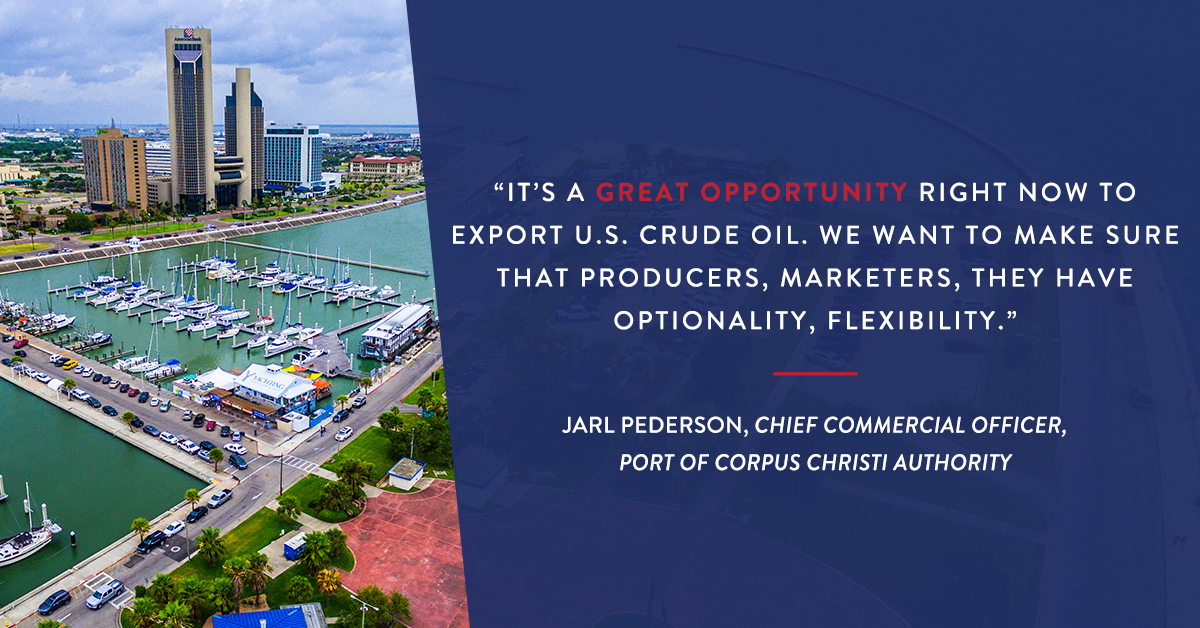 The Port of Corpus Christi is quickly becoming a major hub for U.S. crude oil exports. The expansion project would allow large carriers with a capacity of upward of 2 million barrels to enter and exit the port. This expansion will also benefit the planned Corpus Christi LNG facility, as access for larger LNG vessels means more Texas natural gas can reach our trading partners around the world.

Once this project is complete, more oil and gas will be able to be shipped abroad from the Permian Basin and Eagle Ford shales, helping to boost local economies and the Texas economy as a whole.

Add your name to the petition and support the Corpus Christi Port Expansion.